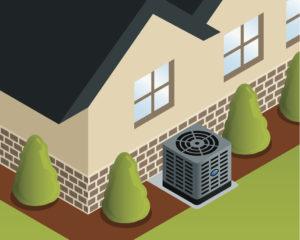 By jsg / in Lifespan of you HVAC /

What Is The Estimated Lifespan Of Your HVAC?

Considering how costly new HVAC systems are, it makes sense to ensure your existing unit lasts for as long as possible – certainly in the age of high energy costs and inflation. The average lifespan of an HVAC system is between 15 and 25 years, though this estimate might vary greatly depending on the system’s type and other influencing factors. Unfortunately, even the most sophisticated HVAC systems will eventually break down at some point, despite regular upkeep and upgrades.

According to the US DoE, the typical lifespan of an HVAC unit is between 15 and 20 years. Pertaining to this, there are a few things to consider when determining whether or not your HVAC system needs to be replaced. The lifespan also varies according to the indoor and outdoor settings. For examples, homes along the coast, such as the Bay Area, may be more susceptible to corrosion of the HVAC unit.

Estimated Lifespan of an HVAC Unit

The type of HVAC device affects how long it lasts. The following are the typical life expectancies for standard HVAC equipment:

HVAC Repair or Replacement- Which is Better?

Although these are the most typical life cycles, many homeowners choose to replace their HVAC systems sooner. The unit may lose stability and functionality as it ages, increasing maintenance and utility bills.

Once your HVAC unit is 10 to 15 years old, the monthly energy savings from converting to a newer, more efficient model will also cover the original expenditure, especially if the existing system is ineffective or has significant issues. You will find several energy-efficient systems on the market that will perform well, while reducing your utility bills each month.

It’s best to consult an HVAC expert and get their opinion on whether you should repair or replace an aging system. They will inspect the unit and provide their objective view, helping you make an informed decision about a new, advanced, energy-efficient unit.