By jsg / in Air conditioning origins /

Interesting Insights About The Origins of Air Conditioning 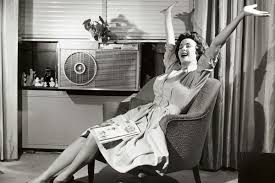 All of us consider ourselves lucky to have air conditioners and cool indoor air during scorching summers. Although the air conditioner as we know it today, is a somewhat recent invention, it is not that our ancestors did not know hot to cool air.

Some of the ideas that people used to beat the heat in olden times, were the precursor to the air conditioners that we see these days. The history of air conditioning is interesting and full of fun facts. You will be surprised to read some for sure.

Everybody knows that it is cooler inside the earth and under the ground. Cave dwellers and gatherers knew this even around 10,000 BC and used the knowledge to their advantage. They utilized cool caves to build houses in, and made burrows under the ground to escape the heat. In the 21st century, geothermal cooling is one of the greatest and most effective cooling technologies known.

Temperatures certainly soar high in and around the Nile valley so ancient Egyptians surely needed techniques to cool themselves. And they did this with a simple trick. Wet reeds were hung in the windows from where air entered the house, allowing the breeze coming in to be cool. This is considered as the first water-cooled air conditioning system.

The concept of central heating and cooling using water piped through aqueducts was created by the Greeks. The Romans added to this with the hypocaust system. Mosaic tiled stone floors of bath houses and villas were supported by columns. Heated air was passed underneath the floors to warm the space. This is similar to the modern ducts in an HVAC system that transport heated or cooled air around the house.

It was the Chinese, who, about 3000 years ago, discovered that moving air provides a cooling effect. This discovery was used to build a handheld fan, also considered the first portable air conditioner. Fans are, as we know, an indispensable part of any modern-day HVAC system too.

In traditional Middle Eastern construction design, large towers were built over underground channels. These caught and circulated cool breeze and drew up cool air from underground channels while pushing warm air out. Today, HVAC systems use cool water instead, but cooling towers are a part of modern-day architectural designs even now, in case of large buildings.

Air flow is a crucial component when designing houses to provide cool air. Victorians knew this and built homes with high ceilings, covered porches that keep the sun away and large recessed windows to provide cross ventilation.

Willis Carrier, in the US was trying to remove humidity from the air in a publishing house, to make ink dry faster, and created the first air conditioner.

Guard Against These HVAC Installation Errors

Is Coronavirus Transmission Possible Through Your HVAC?